Posted on September 6, 2022 by Julie Goucher 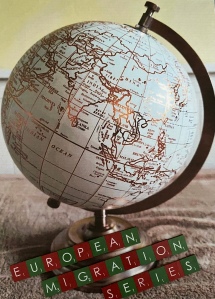 This post is part of a series about European Migration. You can read the complete series HERE.

There are several examples of migration to the United Kingdom from parts of Europe in the years following the Second World War.

Firstly is the Polish military and others who, following the Resettlement Act of 1947 were able to remain living in the UK.

Second is the Ukrainian Prisoners of War who were forced to fight with the German soldiers. Following the Victory in Europe, and the subsequent liberation by the Red Army many Ukrainian POWs did not want to go back home, for fear of reprisals, thus a great many chose to remain in the United Kingdom or went to other Commonwealth Countries, Australia, New Zealand, Canada and elsewhere.