A Nostalgic Look back at Genealogy Shows

It is a month ago since the #FamilyHistoryLive show and what a month that has been! I thought it might be an opportunity to have an interlude from European Ancestors material!

I recently was searching in my office for something and came across something from one of the very first significant family history shows here in the UK. I subsequently placed said item in a safe place and then of course forgot where the safe place was only coming across it earlier today so this is a belated post.

The Society of Genealogists (SOG) held genealogy shows and this image is of a carrier bag from what was likely to be the last show in that format, replaced by the Who Do You Think You Are? Live events, firstly held in London and then in Birmingham.

The events organised by the Society of Genealogists were low key and friendly, and took place at the Royal Horticultural Halls in London. I remember the first show, which was I think in 1999 and the queue to enter was going around the block. Those were the days!

There was no lectures or speakers, [incorrect – I was just reading The Genealogist, the journal of the SOG and it mentioned that there was indeed lectures, 27 of them!] it was a format that provided opportunity for Societies to recruit members, sell genealogical products and meet fellow enthusiasts. In fact, it was at the show in 2002 that the Anglo Italian Family History Society had their inaugural meeting and formed as a society

The tipping point came when WDYTYA was launched, first as a TV series and then a magazine. I guess it seemed a natural progression that the SOG event would become intricately linked with this new style of show that encouraged learning and speakers. Indeed, I spoke several times at the show when it was held at the NEC (National Exhibition Centre).

The internet explosion of course gave way to the commercial organisations, 1837.com became I think BrightSolid then morphed into FindMyPast. Ancestry became a leading organisation and FamilySearch has moved into the organisation it is now, with millions of records online and the amount is growing. FamilySearch recently celebrated it’s 20th Anniversary. Shows such as those organised by local societies began to fade into the past, although there are still a number around and they need to be supported by other societies and genealogists. If we do not, then they will fade into the past, much like our ancestors did.

We have moved from being a country that has had the purchasing of genealogical material at the heart of these events, to the shows being more of a learning experience with the ability to purchase and network with fellow genealogists.

The demise of WDYTYA? Live in 2017 was a shock to the genealogical community. No doubt because of the ability to balance the financial books. There is a fine line between making a profit, or breaking even whilst still attracting the public and being affordable to the genealogical groups. During the last year there were no shows in the UK, although there was Back to the Past in Ireland.

This year there are three events. Firstly, FamilyTreeLive hosted by Family Tree Magazine (UK) and the Federation of History Societies which took place at the end of April. I spoke at that event – a presentation and a workshop. 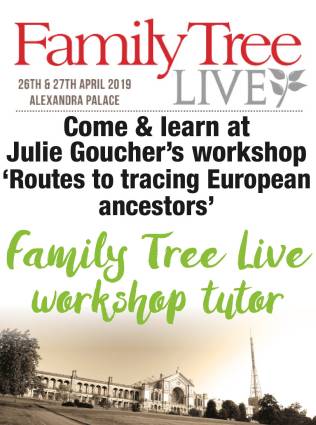 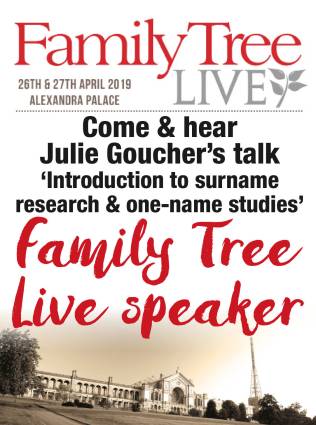 I have been selected as both an Ambassador and speaker for RootsTech London, when that takes place in late October, more on that in the coming weeks. 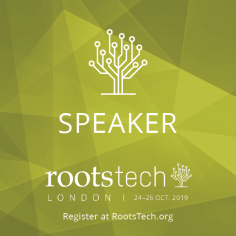 RootsTech London looks to be an interesting event and I am curious to see if it will have the draw that FamilyTreeLive did. I suspect the vibe will be quite different.

I shall be back later today with a much overdue review of #FamilyTreeLive.