Oral history is a great way of sharing history with the older generation. The older the individual in your family you talk to, perhaps the further back you might get with your family history.

In terms of the Budd family, they resided in Puttenham,Surrey, England from as far back as 1724, and there are still Budd’s in the neighbouring area today. The Budd’s were a fascinating family. They appeared in the poor law books, the females frequently had children outside of marriage, which was shocking at this time in history. The Budd’s also feature quite heavily in the archives of the village curate, Charles Kerry, who drew a fascinating pedigree, complete with snippets of information, some of which would have passed us by had Kerry not documented them in the pedigree below. 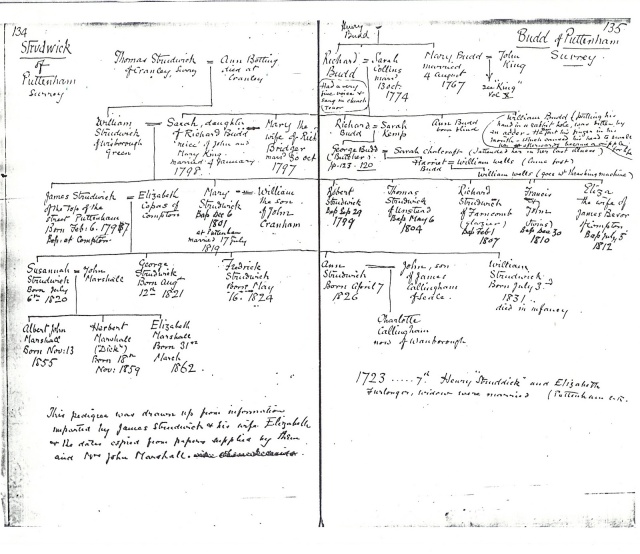 I descend through Prudence who was the daughter of Richard Budd and Sarah Kemp, and I will talk more on the Budd family in the coming months.

Whilst I achieved this tree on the back of research conducted at the records centre, I was introduced to the manuscripts of Charles Kerry and the interesting additions to the pedigree, the catalyst for extra depth and understanding was the conversation with my Great Aunt.

2 Responses to Oral History – Why Bother?