This post is part of a series about European Migration. You can read the complete series HERE.

Migrational figures from across the Nordic region are interesting. Migration to other parts of Europe, North America, South America and Australia during the period 1830 – 1939 are as follows:

There were a number of examples and situations  that fall into Push and Pull factors, and more on those in subsequent posts, but there are some examples relating to early migration from this region.

In the early years, migrants tended to go in groups, here is a few examples:

Migration later on, became more individual and these were likely migrating for work, and often intending to return home., though whether they did or not is a different matter. 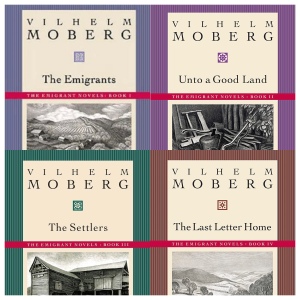 The fictional four volume series, known as the Emigrant Novels  by the Swedish author, Vilhelm Moberg captures this beautifully.

The series is available for Kindle.