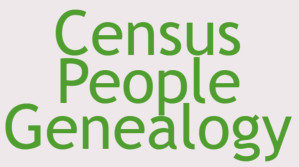 Continuing with the Census, People and Genealogy series – all posts can be found HERE. There is also a Census downloadable to be found HERE.

With the 1901 census we see a change to the questions asked on individuals on the census.

Firstly though, here is another great example of the description of the parish, demonstrating the depth of the description is variable because of the enumerators and how proceeded with their tasks of the census. The irony is that Puttenham, across the Hogs Back (A31) has more facilities and parishioners than Wanborough, of course, it could be because there was less households that the enumerators had more time to provide such details. 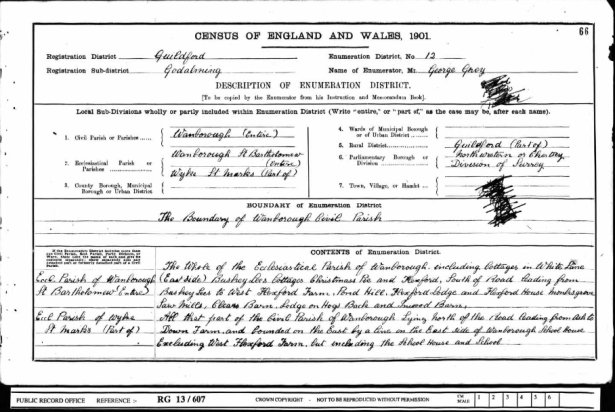 The 1901 Census had expanded in terms of the data it sought, the new data is marked in yellow.

The second adjustment is around age, it specifically asks, the age at the last birthday, presumably in an attempt to be more accurate regarding the ages of those included on the census.

The third adjustment was expanding the question around work. The original question was to ask if the individual work working or own account, the expanding element is to understand how many were working from home, in what could be described as “cottage industry”

As I looked at the Census for Wanborough I was in part surprised with the way the family had spread. Indeed the extended family was very much of importance.

Granny, Annie Prudence is now married to my great Grandfather Charles Butcher, having married on 24 December 1898.  They are couple, with their first daughter, my late Aunt Rose who was aged one. Annie was aged 21 and Charles aged 29. Annie was born in Puttenham and Charles in Wonersh, Surrey. Also living with them is Annie’s brother, Edward Harris who was aged 23 and described as an agricultural labourer, Charles is recorded as a carter. The cottage the family were living in was one of Manor Farm Cottages. The family were connected to Manor Farm at Wanborough until 1930.

On the next page, we see Henry and Caroline Harris, living with their grand-daughter, Florrie Toller who was aged seven years old, and was the daughter of Henry of Caroline’s daughter, Ellen Harriet. Henry is still working, he is 56 years old and is a shepherd on a farm, likely Manor Farm at Wanborough.

One of the things I pondered on was where Charles Butcher was in 1891. I feel that having been researching for so long, I should have known, and perhaps I had known, but forgot – who knows!  In 1891 Charles Butcher (born 1869) was living with his father, Charles and step mother Francis A, and some half siblings. They were living in Alfold, Surrey. Charles was aged 66 years old and his second wife, was aged 40.

More on Charles senior in the future, as well as the continual connections with others, and lastly, the connection with the Butcher family in Alfold, with whom there is already a connection within the family. 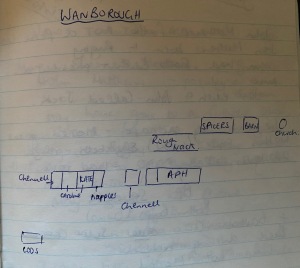 As I looked through the census pages for Wanborough in 1901, I am recognising the surnames named by my late great Aunts, the Spicer’s, Strudwick’s, Chennel’s.

With apologies for my poor art skills. This was drawn out with the help of two Aunts, as I wanted to get a feel of who lived where. The property marked APH is where my great grandparents, Annie Prudence (Harris) and her husband, Charles Butcher.