Tartans are a significant part of Scottish identity and heritage; though not every surname is represented by a tartan.

People traditionally where a tartan which reflects their surname or an associated family. Alternatively they may decide to wear the tartan representing the town in which they or their family resided in.

In the photograph here, taken by myself last December in Newton Stewart, Dumfriesshire, the pipe band are celebrating St Andrews’s Day and wearing the Stewart Tartan 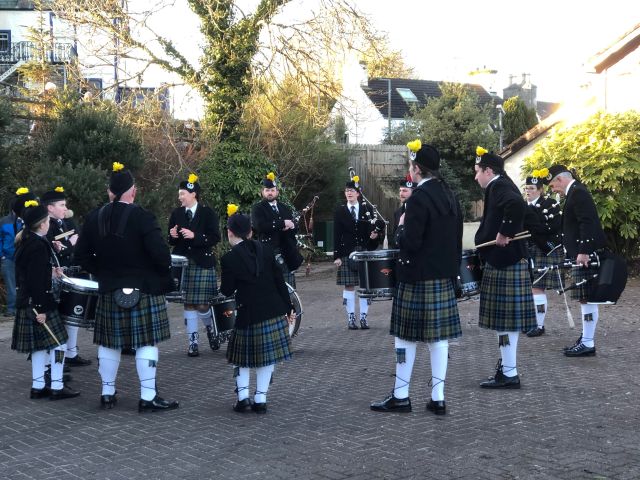 Those interested in focusing on Tartans and how they may connect to a particular family line, might find these two websites useful

I have no Scottish ancestry, but one of the surnames, (Ironside) that I am researching is one that is found in Aberdeenshire, the family moved across the border into County Durham, then down to Dorset in the West Country of England and then a branch migrated north (ish) to Surrey, which is where my link pops in and connects to my Butcher family. Despite this, there is no historical tartan for the surname, but there is a tartan that was created for a specific event 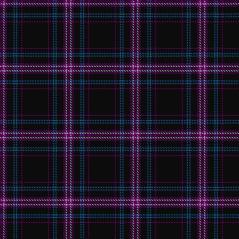 Courtesy of the Scottish Register of Tartans

3rd July 2001 – Estimated count for display purposes only. A restricted tartan created for the Golden Wedding Aniversary of John T. and Frances A. Ironside of a farming family from Methlick, Aberdeenshire.

I can see why tartans have appeal to those who are researching their heritage, it is as though there is an invisible piece of elastic linking to forebears and making that connection.

After the Battle of Culloden in 1746, the government in London passed an Act of Parliament, in which Highlanders were disarmed and the wearing of tartans outlawed. Highlanders were subject to the strict enforcement of those rules and by the time the legislation was repealed in 1785, Highlanders apparently had become accustomed to wearing usual apparel.

The revival of the wearing of tartans did not begin until 1822, when George IV suggested that everyone who was attending the formal functions should wear their respective tartans, or Clans Tartans.

Clan Tartans are appropriate for the populous to wear in the event that an individual does not have a specific tartan. Royal tartans are only permitted to be worn by members of the Royal family. There are also other restrictions, such as this one, belonging to the White House Historical Association which was created to promote the work of the Scottish stonemasons in the building of the White House in Washington DC, United States.

Taking part in the A-Z Challenge for 2020