A-Z Challenge 2019 – R is for Reconstruction of Families 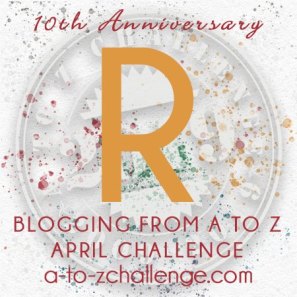 Not all members of the Guild of One-Name Studies reconstruct families as part of their study. The commitment when you join the Guild and register a surname is that the study will aim to be global and that you will answer all enquiries you receive.

At the beginning of the Guild the only thing members could do with any degree of success was to collect references. It was not possible to accumulate material to the degree we do now, thanks to the internet.

On a personal note, I like to reconstruct family groups and as I have said previously, the best ways of doing so are to use the Census as the initial starting point or a marriage. I opt for the marriage and that is just my preference. Once I have the marriage in my Roots Magic programme I then start to locate children and follow them through the Census and parish records (or vital records if outside the UK and available). Once I have located the children and a marriage for those children they are linked in the programme. I then retract back to the parents, I usually have the name of the father already and then follow back to the rest of the family. I do then follow the family through the census and identify other useful bits of information – my own Great Grandmother, Mary Denyer was born in a different year and different place on every census between 1840 and 1901. I eventually found her birth in Lurgershall, Sussex and not Bramshot Hampshire, which she referenced a number of times.

I enter the material into Roots Magic, where I host a number of databases. For the purpose of my Butcher study I have a file called Main File which is my personal genealogy, back through my maternal (English) line, then that of my husband, again, English. I also have a separate file for my Butcher ONS. I extract the GEDCOM and upload to TNG. Effectively TNG is a method in which my own research or my ONS can sit, effectively. Those two GEDCOM’s become separate trees on TNG. I do something similar with my paternal line which is from Italy.

By using TNG I am able to display the family groups with ease and add media to give the study dimension. I am currently loading up photographs and evidence to support the material in my GEDCOM. Once the material is in Roots Magic and uploaded to the TNG site I can discard the paper, with the exclusion of certificates, documents and photographs etc.

My study sites are still very much in their infancy – butcher.one-name.net and orlando.one-name.net I have 30 years of material to process, by entering the material into my spreadsheet system which is akin to a holding pen, or directly into the database. I also keep an archive file of the documents etc in Google Drive and I will make this available via the Guild library.

One of the biggest issues is that people have is that they cannot get their head around that the programme has multiple trees, indeed my Roots Magic has at least six. When you load up multiple trees to TNG it will keep them separate and allow you to search restricted to a specific tree.

I will be back on Monday when I will be exploring study structure. We also cover this in the Pharos introduction course to One-Name Studies.