Book of Me, Prompt 6 – Diaries and Journals 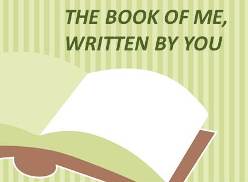 The prompt from week 6 can be found here.

Here in England the County where I went to school operated a three tier system. Primary aged four or five years until aged eight. Then a change of school from age eight years until twelve then to senior school from age twelve until sixteen. Sixteen is the earliest you can leave school.

As my birthday is in October I was always one of the oldest in my class, so I was nearly thirteen when I moved to senior school. The first day we were presented with a school diary. I still have mine, but it is boxed in the back of the attic so a picture is not possible, but the idea was, that you learnt to record your homework assignments and work due dates and learnt to prioritise.

Now, having been given this small journal I found that I naturally wrote and recorded lots of data. Eventually the diary became a mess of colour as I strove to colour code things because a mass of black or blue text was not conducive to finding out things. The issue was that I recorded lots and needed a bigger book. I eventually split the tasks. The school diary for homework, school assignments and hockey matches and another journal for a variety of information.

I still own every diary and journal that I have ever written. Over the years I tweaked the style of book and always have a diary for appointments and alike and a journals which is more reflective, ideas and notes.That continued all through my college years, my professional pharmacy training and university years. As I wandered into my professional life the diary became bigger – A5 style with a page for each day. In it recorded store visits, mileage, expenses, items that I needed to attend to for staff matters. My journal left at home because it was a similar size. Therefore it was either recorded in later in the day or notes popped onto post it notes which made their way from the diary to the journal later.

With a different working patten, I have tweaked this again in recent years. I now record my daily appointments in a slimline diary which lives in my over flowing handbag. I also have a journal which NEVER leaves my side. It records my thoughts, ideas, research and alike. I always leave the front few pages clear and this is for my index, which I create as I go along. I can easily tell that I worked on a new project for the book of me last week, a few ideas which appear on page 56 of journal 94. Each journal is numbered on a sticky small label and fixed to the spine and on the front cover.

Over the years I have bought a variety of journals. Starting with A4 page a day diary. It became a pain if I packed it to go away for work. I often found that one page was not enough and some pages had wasted space. I then switched to a smaller blank book so that I could add the date and record over as many pages as I like. I have been given journals as gifts over the years and have a lovely stack of them. Some are now used and retained while others are awaiting their turn. I discovered Moleskin which are lovely and have an inside pocket to capture snippets. Then a few years ago I spotted a cheaper alternative here in one of the UK supermarkets. They have the inside pocket at the back and have an elastic banding across the cover. I now have a rather nice collection of them both used and unused.

In the past I have recorded travel events in a separate journal, but in the last five or so years I have simply included it in my regular journal. I do stick bits in and save things such as tickets and paper napkins with advertising on etc, which is why I like the Moleskin type journals. Even in this digital age and I do use both Evernote and OneNote I still write a journal and I still capture one line thoughts on post it notes. Although I am trying to not use post it notes as they float around my desk and then become a complete menace!

1 Response to Book of Me, Prompt 6 – Diaries and Journals