T is for…… Turpin
Josiah Turpin migrated to Geelong in 1855 with his sister Sarah and her husband, John Ellis and their children. You can read their post HERE. Josiah travelled with his young nephew, Josiah Ellis on a separate ship to the rest of the family for reasons that we can only speculate – perhaps illness or lack of funds or not enough room on the vessel.  I get a sense that the two Josiah’s had quite a bond and I was very sad to learn that young Josiah died aged just 5 years.

Josiah Turpin, had been like his sister born in London and was baptised at St Paul’s Covent Garden on 20 November 1825 the son of Henry and Wilhelmina Turpin. Henry is recorded as working as a lace weaver and living in Hart Street. Josiah at the time of his baptism was just over a month old as his birth date is recorded as 22 October 1825.
Having arrived in Australia, Josiah, like his sister and brother in law settled in Geelong, Victoria. Of his life, not a huge amount is known, as I have not pursued this line of research. I have though managed to locate his will and that provides the answers to some immediate questions. 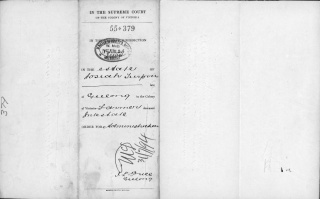 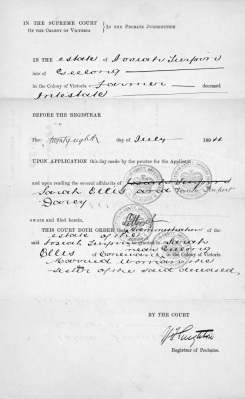 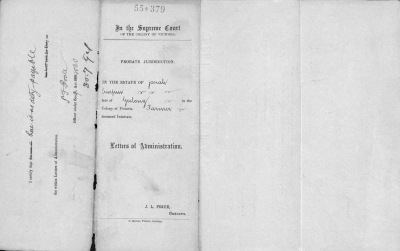 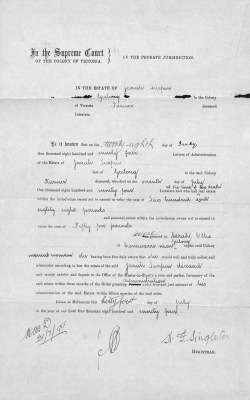 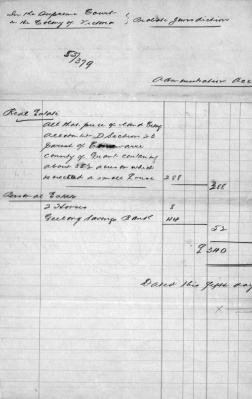 From the documents obtained from the Public Records Office of Victoria, Josiah died intestate and left his estate to be dealt with by his sister, Sarah Ellis. We can see from the final document that he owned land, 2 horses and an account with the Geelong Savings Bank.
This does not seem much to show for a new life, but perhaps it is, I feel sure it is more than he would have left behind had he remained in England. Josiah is described on the probate records as being a farmer and it would be interesting to see if I can establish where the farm was. It looks as though Josiah rented the land on which he farmed as the property appears to be land and his house.
Sources:Public Records Office of VictoriaGeelong & District History SocietyGeelong & District; and Bellarine Peninsular
The link for the A-Z Challenge 2011 post is HERE