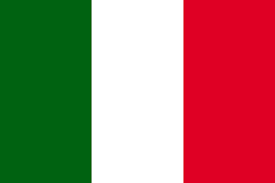 I won’t pretend researching Italian and Sicilian ancestry is easy. It isn’t, but if you do your ground work in much the same way as you build a house, from solid foundations you will be off to a good start.

So here are a few top tips to consider:

Before you start researching in earnest start reading and discovering the country; read books about the history and culture, explore the religious festivals. By doing these things you are building your research foundations. You are exploring your ancestor’s country, their religion and what was important to them.

If your ancestor arrived in the UK, then you very likely have family members that migrated to the United States also. You perhaps know or have an idea of when your family entered the United States. Perhaps you have searched passenger lists but cannot find them. Here are a few more considerations:

In the First World War, Italy was an allied nation, meaning that Italians were called to arms, whether that meant joining the military in the United Kingdom, United States or even returning to Italy – you can read about the way Italy commemorated those that died as a result of the First World War HERE.

I have frequently mentioned the place my family hailed from, a small place called Sutera in Caltanissetta. Sutera is a rural community which meant the pool of people that an individual could marry was pretty small. What I found is that the same surnames kept popping up as individuals married and upon researching further I would discover the same surnames appearing in my research. Ironically my maternal line does something very similar in England!  Marrying family members or marrying into the family of in laws meant that what assets there were could be retained within an extended family group.

Over a decade ago I discovered that Sutera had been the focus of a thesis by an academic in the United States. I ordered the book and eventually it arrived. I also contacted the author and asked her for any insights and did she have any material that had not made it into the published works. She did and since then we have corresponded several times. Explore that possibility. While Sutera is not large, it has been included in a number of books. Explore every possibility.

The biggest challenge is the language unless of course you are fluent. I find researching my Sicilian ancestry takes me three times as long as my English research, but I also yield more information from records. FamilySearch has done a sterling job of getting records online, for some I cannot see the actual record, but a transcription. I can then search for the record on other sites and read it, using the established transcription as a way of checking and double checking my reading.  I have been reasonably lucky and between three sites I can often research and fill in the gaps.

Important sites for Italian and Sicilian research include:

For my own research I regularly move between the data on FamilySearch, Ancestry and the material located at Ancestors. The Ancestors site does have variable material depending on the region in Italy.

Reach out to others that are either researching the same names or the same places or both. You never know where an email conversation will take you. Also consider a DNA test. Does a project exist? While surname DNA projects only exist at FamilyTree DNA (FTDNA) explore your options. Upload the results to Gedmatch. Italians are not especially interested in DNA, so it is not going to be a quick win, but test, because you never know!

Here are a few of my favourite resources: